London rockers Hawxx have unleashed their new single, ‘You’re No God’.  According to the band on their Facebook page, the song, “… is a song for survivors. Survivors of abuse, survivors of addiction, survivors of illness and more. It’s a song of empowerment for those who have spoken out and those who are still silent. For those who have overcome and those who are still fighting. We want to use ‘You’re No God‘ as a mantra and as a song to celebrate our resilience and our power. And say ‘FUCK YOU’ to anyone or anything that has tried to control us or make us feel small.”  I say ‘Amen’ to that. 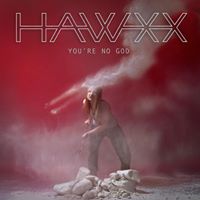 The song itself features an infectious bass line and some cheeky riffs, along with the trademark sweet vocal harmonies that we’ve come to expect – it’s an absolute belter.  The chorus soars with guitars and then the beat slows down, giving a menacing feel with the repeating vocal of the song title, before exploding back into a wall of sound.  The track does end rather abruptly; just like that it’s finished.  You almost feel a little bit cheated because you want to keep listening.

Hawxx don’t do girly and fluffy; what they DO do is attitude by the bucket load, mixed with a healthy dollop of raw talent and some great lyrical ability.  I said before they were ones to watch but now they are steadily ascending up the rock ladder, with their songs being picked up by both BBC Introducing and Planet Rock radio shows. 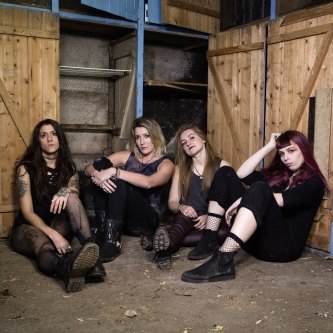 You can catch Hawxx at their upcoming gigs which can be found on their Facebook page – give them a like whilst you’re there.  Rumour has it that an album may not be far away … for news, keep watching my site like a hawk!  See what I did there?  Oh, okay, I’ll get my coat.

Listen to ‘You’re No God’ here

All text is the property of Vikkie Richmond, a.k.a Queen of Rock.  No part of this review must be reproduced, either in part or in full, without the express and explicit permission to do so.  Failure to observe this will result in a report to the relevant authorities for breach of intellectual property rights.